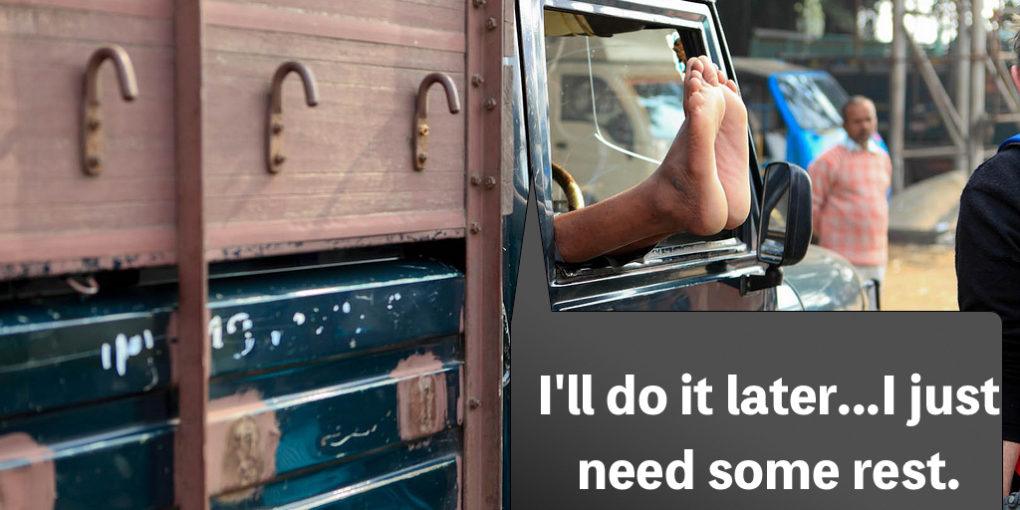 Sleep Deprivation Is Costing You Money and Longevity

There's a reason sleep deprivation is a form of torture.  It deeply affects our body at a cellular level.  Cognitively a lack of sleep weakens our focus and hinders learning. It hurts our ability to "play nice with others" as well.  One study found that activity levels in the amygdala, our fight or flight center, were 60% higher compared to well rested subjects.  Our immune system is also weakened, because regenerative functions do not happen. In this article from The Register, Dr. Matthew Walker says the cells we need to fight many cancers drop by 70% after one night with 4-5 hours of sleep!  Lack of sleep also affects the body's capacity to control blood sugar which leads to weight gain and pre-diabetes.  Keep reading to learn more about how lack of sleep impacts our minds, attitudes and health followed by tips on how to improve it.

Get More Done In Your Sleep!

The hippocampus is the part of your brain responsible for consolidating information from short-term to long-term memory.  This includes all the information you learn in meetings, company announcements, industry news, etc.  Our ability to generate insight from the connections our brains create is highly dependent upon this function.  In one study they found that a single night of sleep deprivation impacted the capacity of the hippocampus to perform this function.  They found significantly less activity in those who were sleep deprived and it resulted in poor retention rates compared to well rested individuals.

This means a lack of sleep will make it hard to gather the information during the day and prevent it from storing for long-term use!

This article from Live Science talks about sleep deprivation and the impact to selective attention, or our ability to focus.  This is not surprising, as other studies have shown sleep deprivation to reduce the amount of gray matter in the thalamus.  This is the region of the brain used for selective attention.  The same study also showed a reduction in that of the hippocampus.  This means a lack of sleep will make it hard to gather the information during the day and prevent it from storing for long-term use!  It seems like this alone would be enough to push us to change some of our habits.

We all want to have the big idea or provide the answers in the meetings.  How many of us are making it harder than it needs to be?  We're working later, staying up late, studying, reading, and trying to force the answer to surface.  Sufficient sleep leads to increase productivity, creativity and break through ideas.  It's hard to believe that the easier way is a passive approach of just going to sleep!

How About Less Anger and Frustration?

As previously mentioned, a lack of sleep can result in a 60% increase in activity in the amygdala.  It means you're 60% more likely to be fighting or running away from something!  This is not a good state to be in while we're at work or at home.  Since we like to believe we're superhuman, I'll give the benefit of the doubt.  I'll assume we're able to maintain and suppress emotional reactions that damage relationships or affect our brand under this condition.  How much more energy and willpower does that take?  Is that where we want to spend it, so we could watch more Netflix?

It means you’re 60% more likely to be fighting or running away from something!

This article from Forbes talks about how successful people stay calm.  The fifth headline on the list of how they do it says..."They Sleep".  It goes on to say the ability to manage emotions and be calm under pressure has a direct link to performance.  The same article also says 90% of top performers have this skill.  This is not an innate strength and is available to anyone that wants it, will learn, and is willing to practice.  I meet few people who don't have interest in being successful or being a top performer.  This article is not about the longterm effects of stress, but it's worth saying that prolonged periods of being in fight or flight are not healthy.

I Can Live Long Enough To Spend My Retirement?

Yes you can!  We're talking about lack of sleep, but too much sleep can be an issue as well.  In a study they found correlation between six or less hours and a 12% increased risk of death.  They also found a 30% increase with nine or more hours of sleep.  General consensus on the right number is between seven and eight hours.  Recent data suggests some outliers are doing well with five to six, but it's not the norm.  There's plenty of data to suggest quality of sleep and overall health play a big part in this equation.  A day with a strenuous workout requires more time for the body to repair etc.  A healthy body with less inflammation will need less time for recovery.

In a study they found correlation between six or less hours and a 12% increased risk of death.

What about our immune system and sleep?  A study from 2012 concluded that sleep deprivation reduces the white blood cell count.  Since white blood cells are responsible for fighting off infection it follows that we're more susceptible to being ill if we do not get enough sleep.  Yet another study showed a correlation between sleep deprivation and reduced levels of glutathione.  Glutathione is the master antioxidant produced by the body.  Antioxidants are not just a catchy word to get you to buy pomegranate juice.  They reduce oxidative stress in the body.  Oxidative stress causes inflammation which correlates to a long list of issues ranging from Alzheimer's, cancer, heart disease, autoimmune disease and more!

Help Me Get Some Sleep!

In summary, sleep deprivation is very bad!  It hurts our capacity to learn and retain knowledge as well as generate insight.  We lose our ability to be calm and collected and therefore make the best decisions when the time comes.  Our health and overall life expectancy is at risk without enough sleep.  So what can we do about it?

I struggled to sleep well for many years.  My wife would pass out before her head hit the pillow, but I would flip back and forth like a hamburger on a grill.  Once I committed to making a change, I was happy to find plenty of information.  Do some googling and reading, but here are some things that worked for me.

Hacking sleep is a common area of focus with my clients and having personally conquered this I'm all too happy to help other do the same.  Setup an initial consultation with me and let's get to work!

Consider using Bullletproof ® Sleep Mode which uses a plant-based bioidentical form of melatonin.  Unlike other supplements out there that use higher doses, Sleep Mode is sized to not cause unnatural spikes in the body after use.

3 Ways Your Diet is Hurting Your Bonus