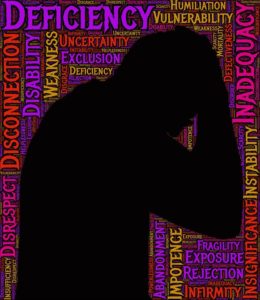 Five limiting beliefs you should let go of today!

The Power of Belief

In 1999 I made very little money, had dropped out of three colleges, and was newly married.  Two years prior that that I was unemployed.  Needless to say, I had plenty of opportunity to carry around limiting beliefs.  That said, I’m confident I would not have become an executive thirteen years later at the 8th largest privately held company in the US had I done so.

What we choose to believe about ourselves, our environments, our opportunities and more has a significant impact on our ability to change and succeed.  There have been plenty of studies showing this to be true, but here’s one from Scientific American talking about simple beliefs improving eyesight and helping with weight loss!  In the case of the weight loss, they told a group of hotel room attendants that they were getting the recommended amount of exercise a week and were found to have improvements in BMI, body fat percentage, and blood pressure.

Our brains may be holding us back

If we know this to be true, why do many people continue to talk about what we can’t do or how it won’t work?  Not only that, but these same people want better outcomes and success!  There’s more science behind negative bias and how we’re wired in this way.   An article from Psychology Today points out that the amygdala, which is responsible for our fight or flight response, uses two thirds of it’s neurons to detect negative experiences.

My experience in coaching others is that many people actively, or subconsciously, avoid getting their hopes up in FEAR they’ll fail, be let down, it won’t work out etc..  For many, the limiting beliefs provide a form of protection.  For anyone looking to thrive and begin tackling the challenges they’ve been avoiding, here are five stories to stop telling yourself today!

What other beliefs can you let go of?

I’m confident we all have many more than five, but these were on my mind and come up in conversation quite a bit.  Take some time to write down the various reason why things are not working out and then throw them away or burn them.  What new stories can you tell yourself?  What new beliefs can you adopt that are aligned to where you’re trying to go?